My small Raw Milk CSA (short for Community Supported Agriculture - a subscription system linking farmers and customers) is blossoming. After doing some research online, I found information about a failed legal action to prevent small-scale farmers from selling shares in their animals. One cannot legally sell milk without a certified kitchen and a license - therefore folks sell shares in the animals instead. This is called Herdshare, and the story can be found here: http://www.newfarm.org/features/2007/0307/rawmilk/cox.shtml

I have several Herdshare members, with more banging on the door every day. I am catching myself on considering more animals! However, that can only happen once I eliminate last few outside inputs for my goats, namely the grain. Organic as it may be, it must be purchased and driven some distance, and it contains corn which is not a good feed additive to a ruminant's diet. I hear one does not need to add grain to their diet, it is done to increase milk production and it taxes them too much - I am planning on slowly weaning them off grain and replacing it with sunflowers (easy to grow!) and dry apples (already growing!).

The milk is sold raw - which is big deal in the US. Back home, in Belarus, that was the only milk one would accept when visiting the country side. It tastes differently, and we used to pay more for milk that was still warm, has not been chilled (in Russian, it is called Steamy Milk, and it is delectable!). I searched for the backup information on why goat milk is considered healing, and found that its high butterfat content is the secret. Apparently it is loaded with things that are good for health and the good place to read more is http://fiascofarm.com/dairy/rawmilk.htm

Meanwhile, my two girls are sustaining six people with raw milk and raw milk products.
Posted by Arina at 1:31 PM

Email ThisBlogThis!Share to TwitterShare to FacebookShare to Pinterest
Labels: animals in permaculture 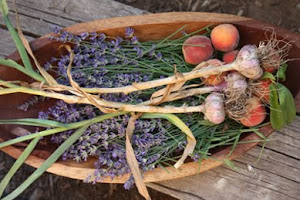 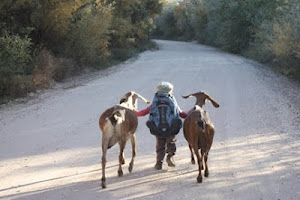 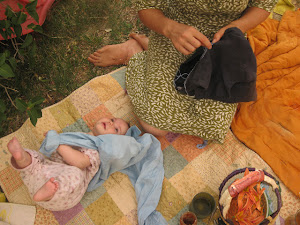 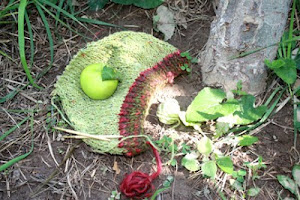 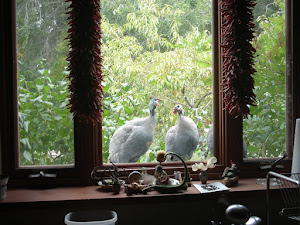 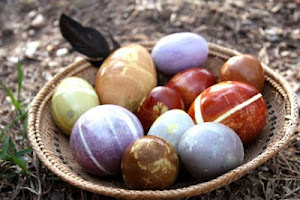 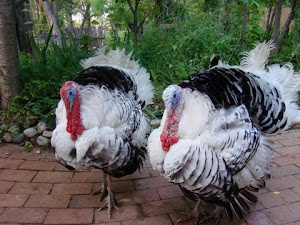